The Gladiators’ Chamber’s walls and vault in Capua’s amphitheater still retain portions of their painted decoration. The same decorative pattern on the walls, interrupted by pillars, was repeated for each bay. The decoration is articulated into a dark red plinth, a middle zone divided into three white panels by red pillars, and an upper zone, separated by a stucco frame, within the space of the lunette. The panels in the middle zone are further framed by polychrome »embroidery borders«. The ones on the side contain small squares with a blue background; the central ones preserve no trace of decorative elements. The upper field is framed by a red band, the centre of which is occupied by a dark red square. The decorative scheme and the chromatic range suggest a chronology included within the first half of the second century – more likely around the first quarter of it, because of the consistent classical reminiscences. The embroidery borders for example, which were very popular in Pompeii, have been reworked according to a new decorative taste. Other elements, such as pillars and bands marking the panels and some details of the lunette, evoke paintings belonging to the full second century, such as some walls of the domus in Piazza dei Cinquecento in Rome and some mausoleums of the Vatican Necropolis. 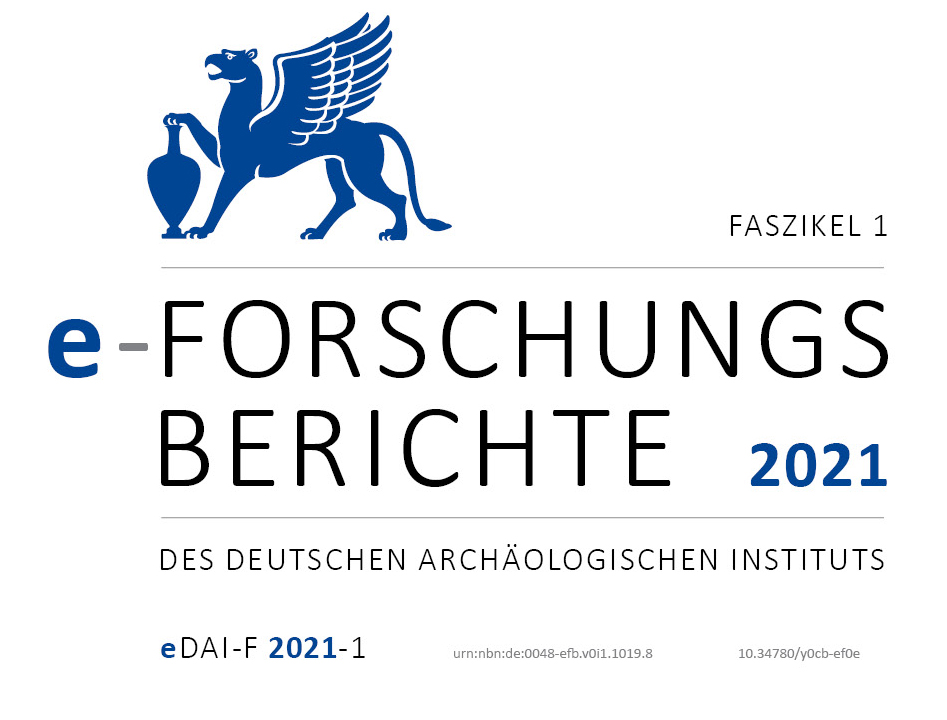